This week in the reading, we covered the leaving of Egypt, the first bit of the desert, and the LAW coming down from on high.

I think that the leaving of Egypt is a really important part of setting the people of Israel up for where the Lord needed them to be. A people like that have some destiny that they are heading towards. And the thing about destinies is that you don’t acquire them by sitting someplace and being rich cattle merchants that slowly become permanent parts of Cairo as the peoples merge. No, that’s no future. How do you get people off their keister and out being where they need to be?

You make their comfort zone uncomfortable. There are many ways to do that, and having you people having to work hard for no reward, your people killed and driven is bad enough, but when the people of Israel tell their children about Egypt, they’re going to mention things like plagues of boils, rivers of blood, clouds of locusts, frogs everywhere, all of which makes it sounds like a HORRIBLE place to live. Egypt can’t be thought of as a place to look fondly on, as there was a lot going against it as they left.

Interestingly, though, when I was reading those chapters this week, I could care less about the plagues. It used to be the highlight of this part of the story, but this time, it wasn’t. It could be that I’m older, and I’m looking deeper. Or, as a writer, I don’t care as much about the flash, but more about the political ramifications of the situation. Or, as someone who has read this a lot, maybe I just payed attention to the part that I normally don’t? I don’t know. But it was certainly a different take than what I was expecting. 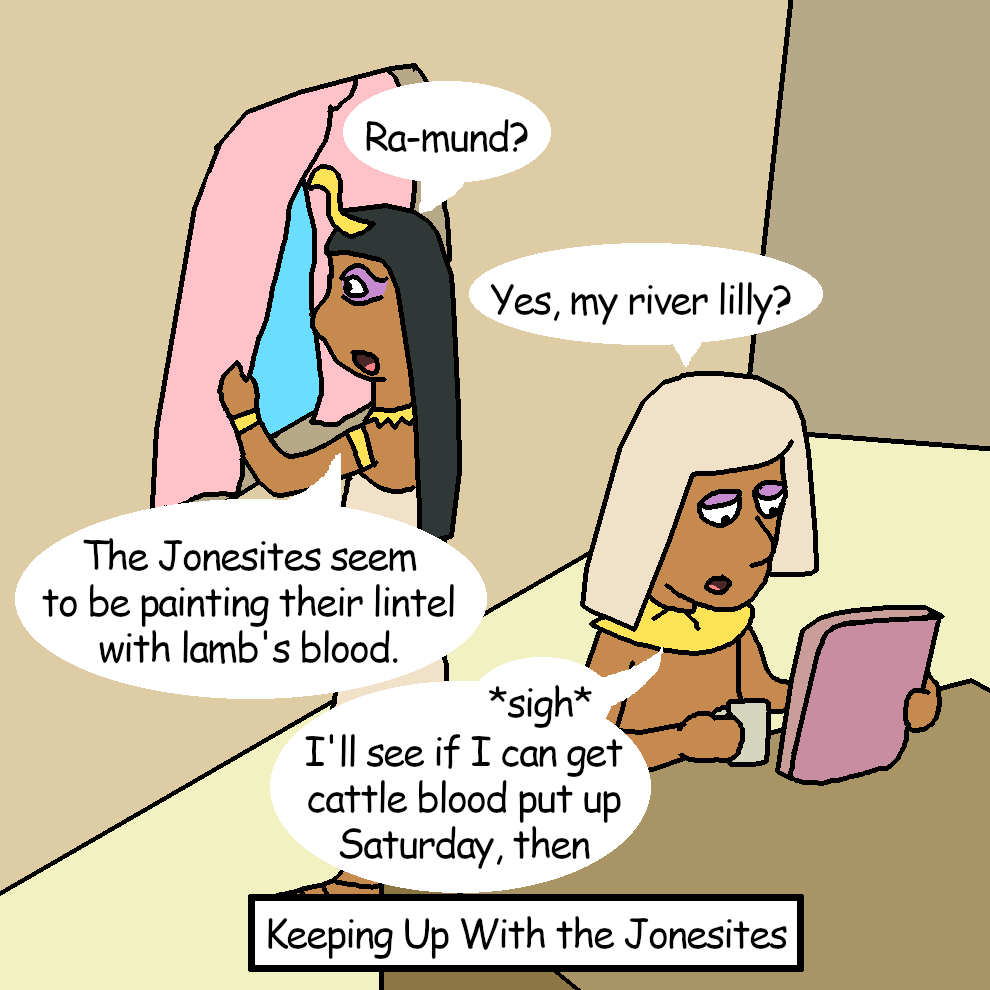