It’s been interesting looking into the classifications of these different types of low key disasters. They rarely get as much press as the big ones, but they are a lot more common.

For our assignment, we needed to find an example of Mass Wasting, the official term for this sort of thing, that happened in the last 3 years in our state.

Well, checkmate, mate. Rockslides are Colorado’s bread and butter. A quick googling brings up this article from May 2019, that is enough to strike fear into the heart of any mountain motorist. Rarely is the term “house-sized rock” a phrase that brings up warm feelings. 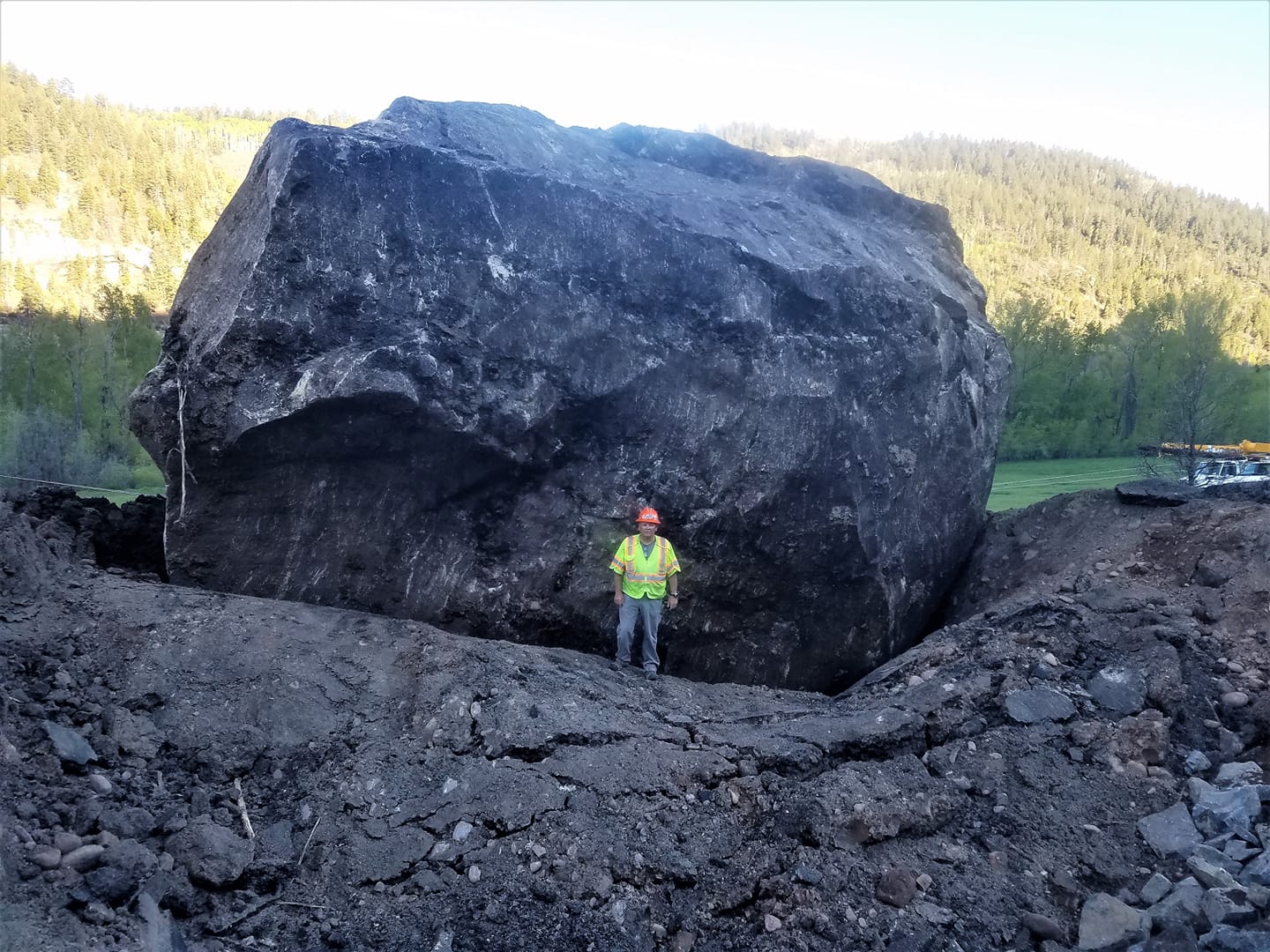 It sure looks impressive, though. Impressive enough that they decided instead of demolishing it, it should be labeled “Memorial Rock” and become a new landmark for the area. The smaller rock was blasted apart and removed.  And by smaller, I don’t want to mislead you. It still weighed 2.3 million pounds. This guy weighs 8.5 million, and deciding to keep it will apparently cut costs of repairs by $200,000.

Now that I’ve presented some facts, it’s time for some speculation. The event happened in May, which to me means a focus on warmer temperatures. It still can get cold at night, though. I can’t seem to find any information on exactly what time this occurred, so I can’t say if it was rock expanding, or ice expanding that did the beast in. But move it did, leaving a ditch across the road 10 feet deep as it bound and slid down the rock wall across the highway.

What type of mass wasting?

The main focus is on two large rocks, which fell off from the mountain and did the damage as they fell and bounced across the land. It sounds like a full on rockfall to me.

How can they mitigate this in the future?

Experienced hands have already done things! The same weekend, as far as my research can ascertain, they had crews on lines dangling from the mountain, making sure anything lose would fall now and not later. The rock fragments from the lesser form was used to make an embankment, nothing as official as a retaining wall, but still something, none the less.

I might have to take a road trip to see this new monument. The thought of something so massive moving freely is awe inspiring, yet scares the willies out of me.